Common People: The History of an English Family

In Common People Alison Light tracks her forebears in an extraordinary series of journeys over two centuries, across Britain and beyond.

As she follows the lives of the poorer sort who travelled the country looking for work, she reflects on history and on our constant need to know who went before us and what we owe them.

Common People was shortlisted for the 2014 Samuel Johnson Prize in Non-Fiction.
It was a Book of the Year in the Times, Telegraph, Scottish Herald, Spectator,  History Today, and the Financial Times.

Common People: the History of an English Family (Penguin, 2014) - also in paperback and as a downloadable audiobook, unabridged.

It was published in September 2015 in the US as Common People: In Pursuit of My Ancestors by Chicago University Press.

Penelope Lively in the New York Times called it:
"The most powerful family history I have ever read."
And the Wall Street Journal hailed it as a:
"compelling portrait of a Britain in flux after the Industrial Revolution...full of moments where the public and the personal intersect to quietly devastating effect."

Radio 3 Free Thinking Live: the idea of the people

Alison spoke at the Radio 3 Free Thinking Live at London's South Bank in September 2016 on the idea of the people.

Listen to the idea of the people on the BBC website 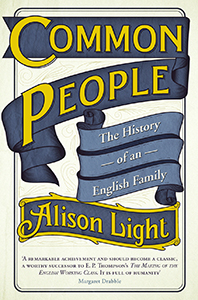 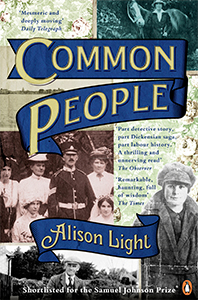 Alison Light explains what led her to write Common People and how it became more than a family history but a wider history of 19th century England.

Watch Common People by Alison Light on the BBC

A remarkable achievement and should become a classic. A worthy successor to E.P. Thompson's The Making of the English Working Class. It is full of humanity.
Margaret Drabble 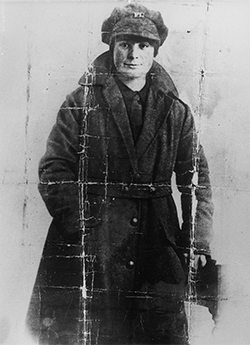 Alison's grandmother, Evelyn Light.
The photograph was carefully folded to show her face.

"Common People is part memoir, part thrilling social history of the England of the Industrial Revolution but above all a work of quiet poetry and insight into human behaviour. It is full of wisdom."
Times Book of the Week

"[A] short and beautifully written meditation on family and mobility."
Independent

"Intellectually sound and relevant...a refreshingly modern way of thinking about our past."
New Statesman

"This book is a substantial achievement: its combination of scholarship and intelligence is, you may well think, the best monument you could have to all those she has rescued from time's oblivion."
Financial Times 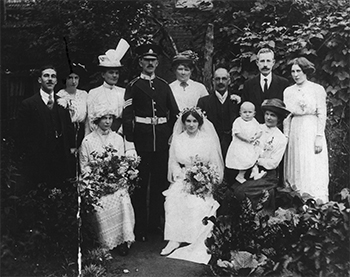 Lottie’s wedding, August 1914
Alison’s grandparents are on the far left.

Oxford Centre for Research in the Humanities
A discussion of Common People with Alison, historian Dr Selina Todd and Professor of Literature, Laura Marcus.

Read The Guardian's In defence of family history

"Extraordinary... Common People, with its fine sense of nuance, raises the game for everyone. "
Economist

"Light’s glorious investigation...is a thoughtful and poetic attempt to reach the heart of what family history is all about."
Family Tree

"Common People is not costume drama but the real thing - dirty, tragic but joyous, too."
Mail on Sunday

"a rich interwoven tapestry of history, memory and imagination...inspiring and stimulating."
BBC Who Do You Think You Are?

"by turns mesmeric and deeply moving: a poetic excavation of the very meaning of history."
Daily Telegraph

"Light's excellent and humane exploration of her family tree...confirms her as the pre-eminent exponent of a new kind of public family history."
Evening Standard

"Exquisite...Barely a page goes by without something fascinating on it."
Independent on Sunday